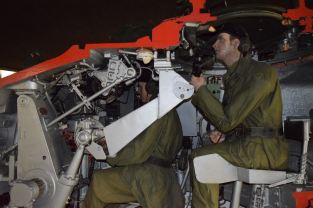 A cool exhibition of a Centurion cut in half, along with a somewhat corny video of a tank maneuvering and shooting on the range. 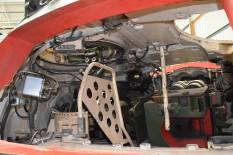 A cutaway T-55… this is something I’m definitely going to do. I mean I did try to do one before, but I always held back of fear of ruining the model. Not any more… The new MiniArt T-55A Mod 1981, here I come. (I really like the idea of cutting away the side of the hull by the driver.) There are other examples, too, for inspiration. 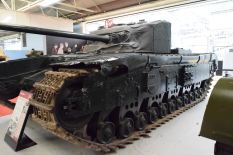 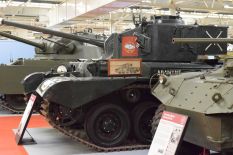 Assorted thanks sitting around. Black Prince, Comet, Archer, Panzer IV, The Penis Tank, and the rest. A WoT wet dream. 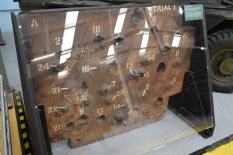 An armored plate with some projectiles sticking out…

Ever since I’ve learned about it, I wanted to see a Tankfest. Back when I was still sitting in Florida it seemed very unlikely that I’d ever get to one; but even though I did live in the UK for more than 8 years somehow I still managed not to go even once. (To be fair, Bovington is not exactly public transport friendly, and I did not have a car for most of the time.) 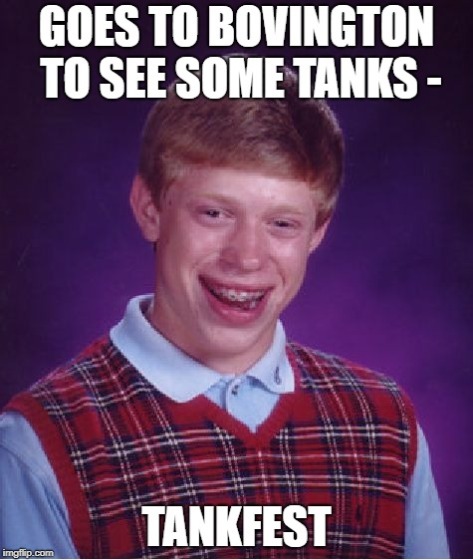 This year, by accident, I actually got to see Tankfest. I guess I am Good Luck Brian now.

Since we were leaving the UK for a job on the Continent, we decided to spend a couple of days around Bournemouth. It is an incredibly nice place, especially when it is summer (and I do not mean the usual British summer. I mean the 30 degrees, baking hot summer), and I wanted to see the Museum on the side -who knows when I would be able to come back to visit, right? (My poor wife was very accommodating and did not object spending a day among these metal contraptions.)

I planned to get to Bovingdon on Tuesday but we decided the last minute to do the Tank Museum on Friday. I had some vague memories of Tankfest being around the end of June, but with the trans-Continental move and all I did not exactly pay attention. Friday morning comes the shock- Tankfest. And I do not have tickets…

The 40 minute drive to the Museum was a bit intense for my taste; I just wanted to see some tanks, and was worried that I would not be able to get in due to the event.

Well, I was in luck – even though both Saturday and Sunday was sold out, Friday was still available. It was not a “proper” day yet, more of a trial run for the big day. No famous youtubers, no wargaming events, and no pyrotechnics for the tank show. 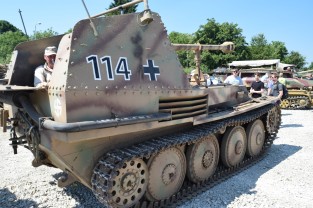 The place was not very crowded, on the other hand, so you got to get close to the tanks, and could enjoy the show without other people pushing and getting in the way, which was definitely nice. I overheard someone who worked there remarking that it was so much better than the usual overcrowded events. I also saw the end of the day a big group of people shepherded around  -and recognized Quickybaby in the crowd. I guess this was the Youtuber section being introduced to the Museum. The Chieftain was also there; I wanted to say hi to him, but a certain Youtuber cut in the queue, and stepped in front of me. (I was a queue of one.) Shame on you, mate. And you call yourself British. (No, it was not QB.)

I got some freebies from Wargaming for playing the game on site (a T shirt, a small backpack and a code for a Churchill tank), and I got to enjoy the tank show in the arena. To be honest the whole event was much smaller than I thought it would be. The tanks were really noisy; I never thought the tracks can be this loud.

I also got to crawl around the tanks in the museum. And this is where I saw something that was both hearbreaking and funny in equal measure. (I know I’m going to hell.)

A small kid was just standing by the cut-in-half Centurion, completely still. His face was set in the grimace of complete despair and abandonment, and the tears were just streaming on his face. Apparently he was left there by his family. A Tank Museum volunteer was talking to him, while calling others on the CB, so there were about ten people swarming around him, trying to console him, while he was just standing there, staring in the distance, still in shock, not reacting to anything, and only responding to questions in a very subdued, muted voice.

I may go to hell for finding this whole situation both sad and funny, but the father of this child will definitely be there waiting for me. SHAME ON YOU, MISTER. YOU ARE A BAD PARENT.

I mean I get it, I like tanks, too, but seriously? You forgot about your own kid? 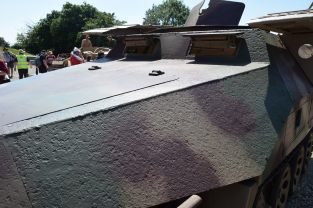 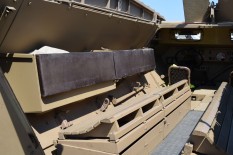 Interesting photos of the Sd.Kfz 251: the armor looks really rough. I always assumed that it was smooth; after all, none of the photos I’ve seen suggested this level of roughness, not to mention the models have not featured it, either. (Cast/rolled armor texture is something that is shown in modern kits.) Its counterpart inside the museum featured smooth armor. This may -or may not- be a Czech-made vehicle, retrofitted to look like a German Sd.Kfz. 251. (Someone suggested it might be the leftover texture after the rust removal process.) 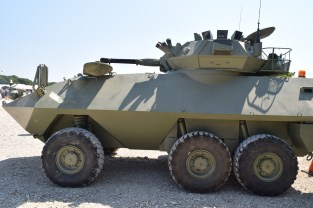 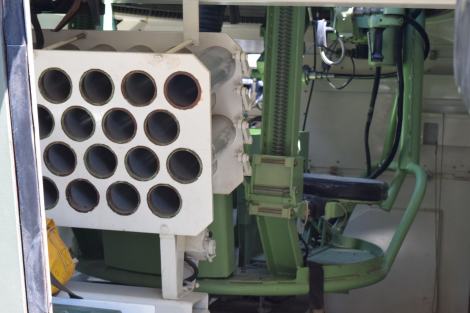 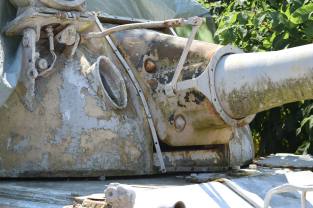 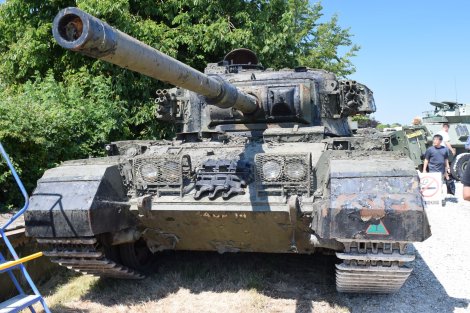 Matilda I – you have to love it if for nothing else but for the eyes. Cool little tank.

Assortment of tanks standing around. 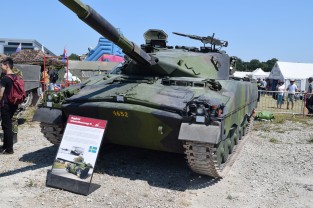 Churchill turrets shot up on the range… good reference for damage and rust.

Russian heavy- the IS-3. Astonishingly small… the same size as the Type 59 and the T-72 standing next to it. I also took a sneaky photo of the interior as seen from the driver’s hatch. The only interior photo I’ve ever seen of the IS-3.

Type-59… the legendary WoT premium vehicle; otherwise a Chinese copy of the T-54.

T-72… now this is a tank I’d like to get into. I would love to see the autoloader in person.

And we’re inside… (It was HOT outside.) Starting with the KV-1. It’s surprisingly large… I’d love to see it next to a Tiger. 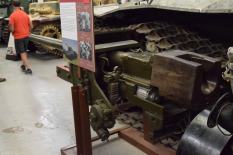