Acrylic weathering products, while being very attractive due to not being hazardous, tend to have a big issue: surface tension. Solvent-based products, washes spread much better, and they do not leave “tide-marks” like water-based products do; therefore I was pretty interested in how Vallejo’s dust washes perform.

(OK, you can stop reading the review if this is all what you wanted.)

I used the road wheels of an old Panther build I left unfinished (but will finish, I promise) to see how these washes perform on a complex surface. I simply applied them with an overloaded brush, and let them dry. It spread nicely, just like a solvent-based wash. (Perhaps Vallejo used a surfactant.) The results are nice: subtle, dusty look. 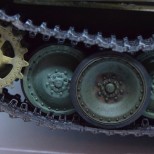 It might be a good look for a vehicle in very dusty, dry environment, but probably not the best way to use it the product like this. The best way to use these washes is to form a subtle accumulation of dust in crevices, not flooding the surface with them. As a general rule: using more than one technique with a light touch to achieve a certain look will more likely create a realistic finish than using just one technique with a heavy hand. This means that these washes will not provide a single step solution for creating dusty-looking surfaces, I am afraid.

I also tried the washes on a piece of scenery a Witcher figure will be walking on, to see if they can be used on the groundwork for good effect. (The paint on the resin base is by no means finished; I was just testing some paints on it.) Regardless of the underlying paintwork, I think I can safely say that these washes can add a little more realism to the soil both in tone and in texture -see the above rule.

Overall, these washes are pretty neat; worth checking out. 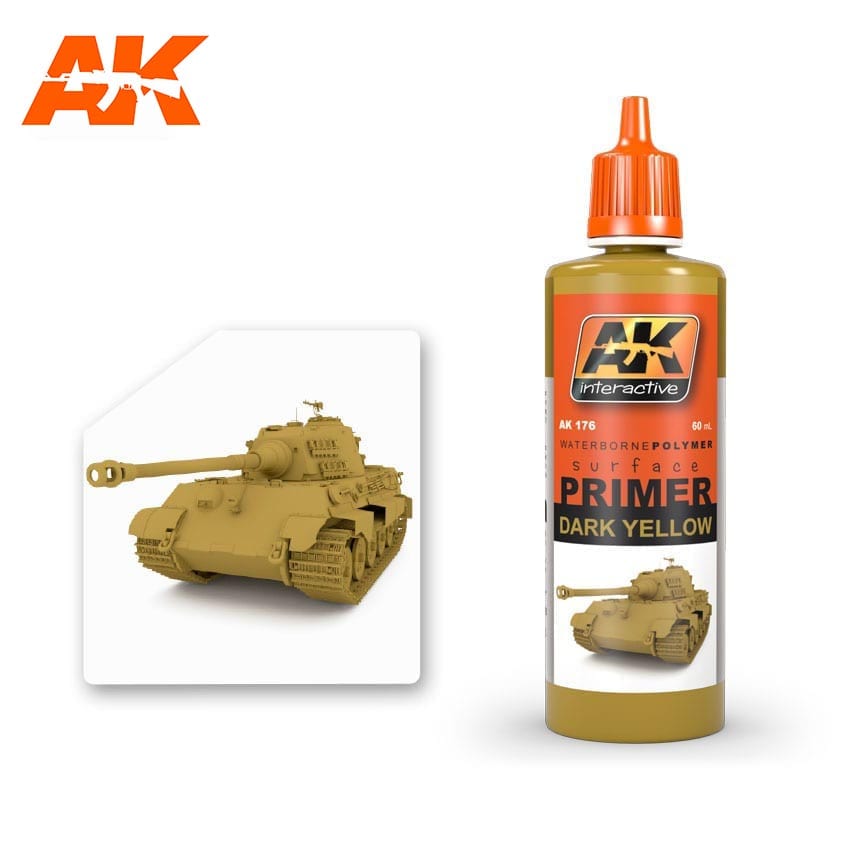 But last week I gave it another go. I shook the bejesus out of the bottle, and tried it again.

The results were quite satisfactory. In fact, they were great. Unlike the Vallejo primer, which forms a thin membrane of paint over the surface (kind of like the Mig Ammo paints), this goes on like “normal” acrlyics, more like a Tamiya paint, and dries absolutely flat. Both are great, it is only a matter of preference. 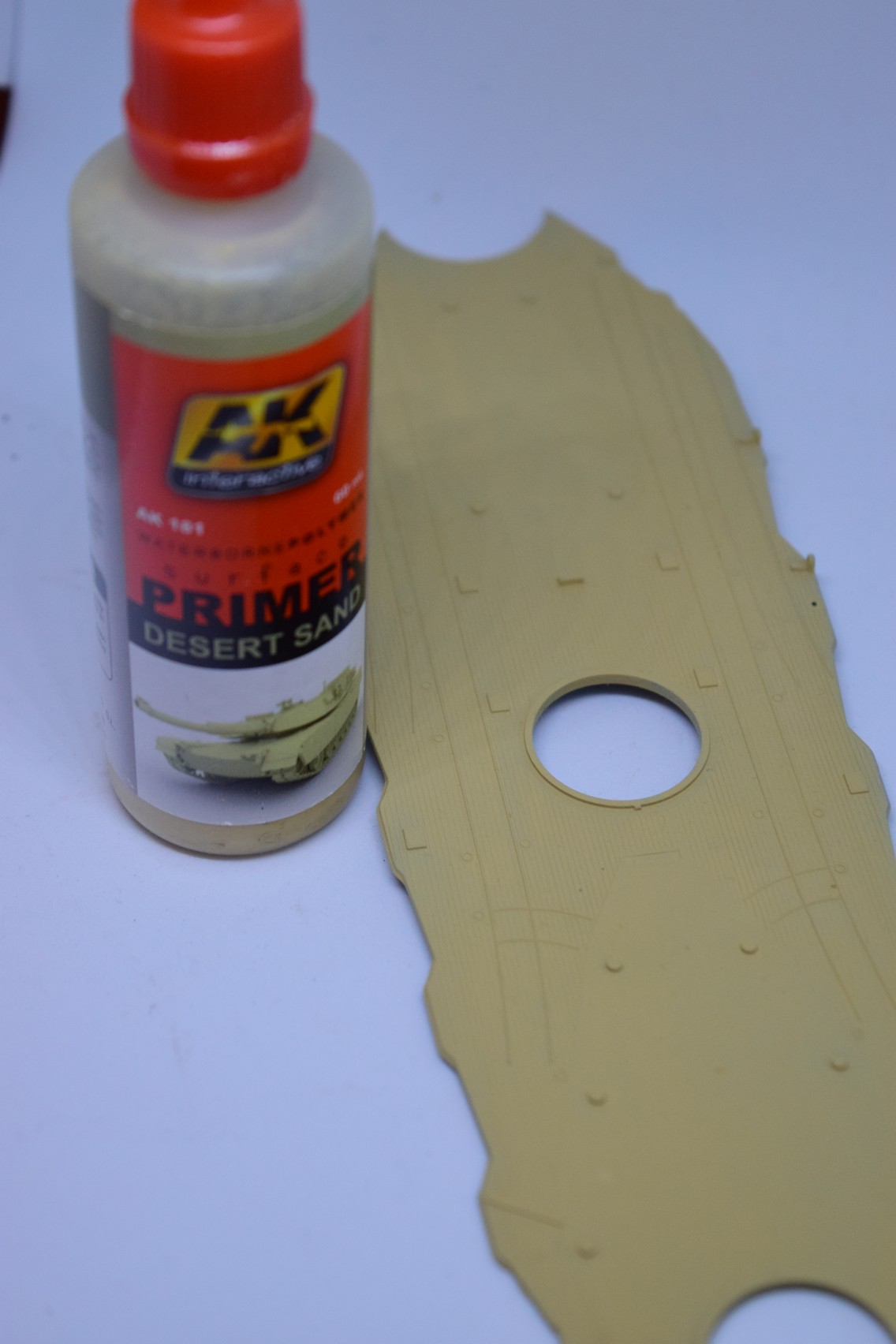 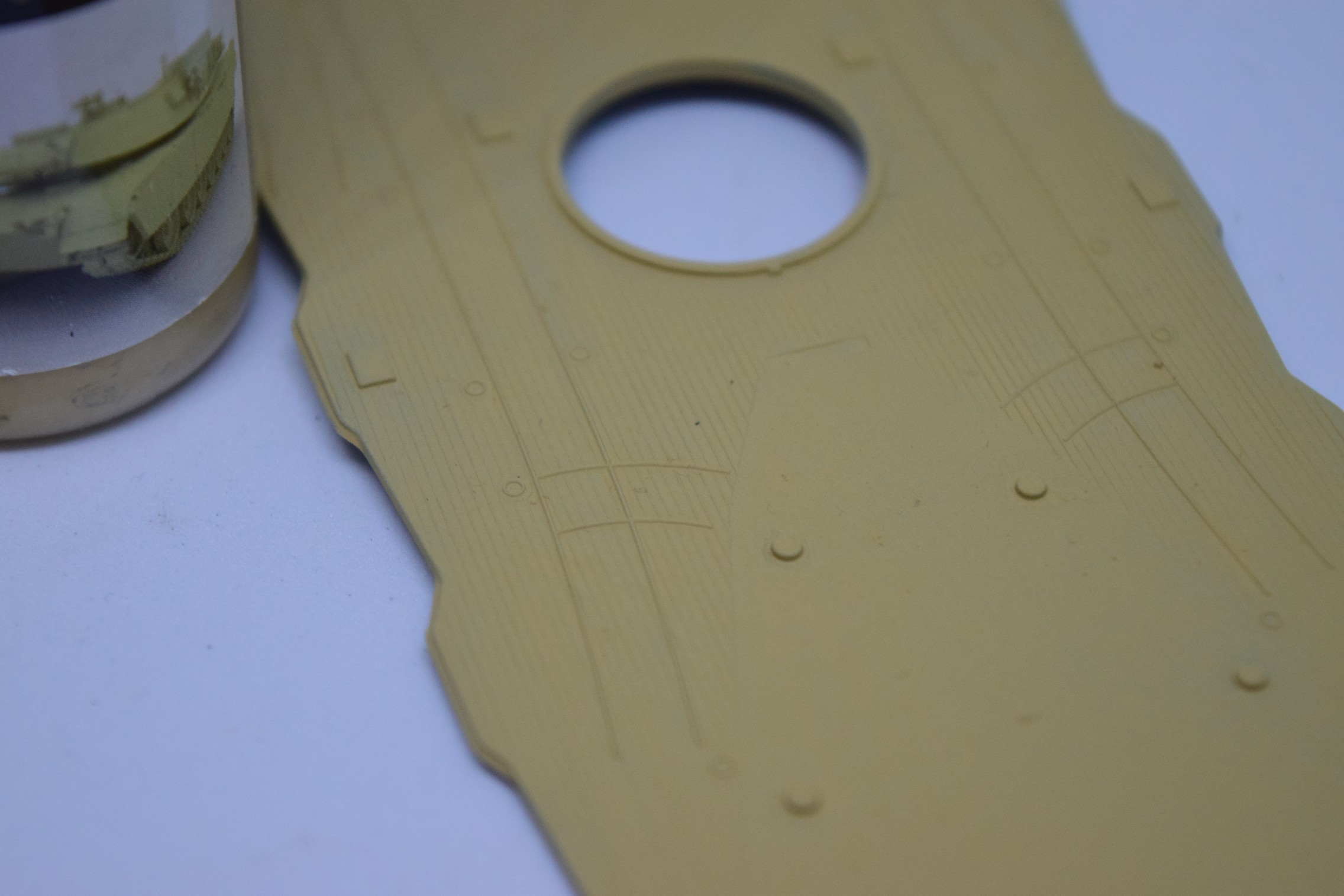 Overall, I really like this primer now. The only downside is that the bottle is designed in a way that makes it difficult to see the bottom; it is hard to tell if the paint is mixed up correctly.
So all I can say is that you have to shake it, shake it, and shake it some more before using, and with this thought I will leave you with a relevant video clip.

Since the post about the gear acquisition syndrome I thought I might as well make a more conscious effort to write short reviews of the stuff I bought. (There are a few, but they were never the main focus. Nor will they become the focus, but I might as well write about them in a more organized manner.) I do not intend to write long reviews; just my impressions with a couple of photos included. (If you have products you want to have reviewed, just contact me.)

Let me know if this idea works…

What can I say? It’s great. So far I had no issues with it; it works like a charm. It is a thick liquid, which can be applied straight from the bottle by brush or airbrush -a big plus, in my mind. Simple, no chance of mucking up the dilution, which is a great plus. (It matters a lot, especially with primers.)

It forms a really tight gripping surface on the model for paint to stick on, and can be used for pre-shading in one step. Several colors are available; I only have this one. The German Grey can be used as “scale black” in many cases, by the way. I also use it as a chipping color when I don’t feel like adding rust browns to the model; if you use the hairspray technique with it, the results are pretty convincing.

It dries quickly, but you really should wait a day before applying further coats of paint. 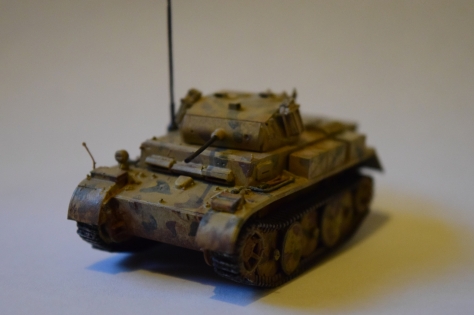 Well, it’s been a long time coming: I just realized I’ve forgotten to finish the Flyhawk Luchs build review I started a while ago. My bad.

So, as a reminder, here’s the kit:

And here’s the building process:

I managed to snap the width indicator rods, so I replaced them with a PE set by Dan Taylor Modelworks (I got them from the Milicast website if interested).

The first layer was a primer- simply used a spraycan of grey primer. While they are easy and fast to use, there is always a danger of flooding the details with paint; I think from now on I’ll use my airbrush to apply primer. (Primer is not strictly necessary: modern acrylic paints are pretty good at sticking to the surface without it, but I still prefer it as it will provide an uniform surface. If you use dark primer, it serves as a pre-shade as well.)

I used Mig Ammo’s dunkelgelb, and this time I followed the instructions. The first time I used these paints I assumed they’d work like any acrylic paint I used before, and was frustrated when they did not. After seeing their youtube tutorial, I was able to actually use it correctly. Well, read the manual is the take home message from this. I’ve found these paints to be really good, by the way. Right now I’m torn between these and the trusty Tamiya paints. (Tamiya gives some amazingly flat finish, so there are definite advantages.)

I added some pigments mixed with plaster to the lower chassis to simulate mud, installed the running gear and the tracks, and proceeded with the camouflage. (Well not strictly in this order, but for the narrative’s sake let’s pretend.)

Anyhow. This step was fine; the next, however, was a fateful one.

I hand painted the camouflage.

And I failed to lighten the camo colors to a suitable level… Disaster struck, in other words.

The issue was that I, for some reason, failed to appreciate the scale effect: namely that the same colors look much darker on a small model than on a large vehicle. I also use the base color normally with the darker colors to lessen the contrast; otherwise you’ll end up with a very strongly contrasting, very unrealistic paintjob (don’t even get me started on the obvious brushwork; the spots should be airbrushed, but in this scale it’s a tad difficult).

Which I did. (Apologies for the wildly varying photo quality -living in a small London apartment makes setting up the photobooth a choir, and sometimes I just skip it if I only have to snap a photo or two.)

As you can see the results are toy-like; on a real tank these colors would blend in with each other. Filters are an excellent way to blend them together, but if the contrast is too high, they will not be as effective. On the photos with a incorrectly set white balance (the yellowish ones) you can see the effects of several light dark brown filters; some of the contrast disappeared. 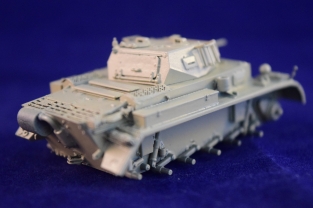 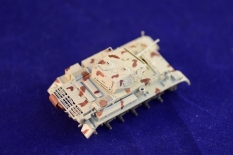 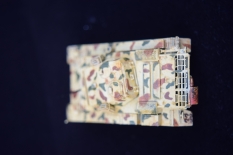 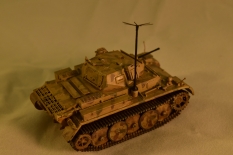 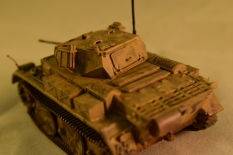 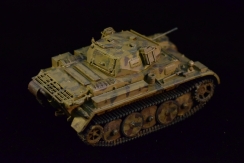 At this point I put the tank in a box and scrubbed its memory out of my mind. The Flyhawk kit is really a feat of model kit engineering, essentially a shrunken 1/35 model, and it was not a pleasant thought that I made a mess of the paintjob.

The next breakthrough came with an idea: use some washable dust (again by Mig Ammo). Since I had nothing to lose at this part. A very light mist of the paint actually brought the whole camo scheme together: suddenly the tank looked much better (something I dare to present in front of others).