This little tank was the first mass produced Soviet tank (almost a thousand was made), and the humble forefather of the later successful Soviet tank designs. Due to its historical significance it is a welcomed addition to the Armory offerings.

The T-16 (prototype T-18) was heavily based on foreign designs, primarily the FT-17, the first archetypical tank. (The Soviets have made several copies of captured FT-17s.) It was a rear-engine, fully riveted design with a crew of two (commander and driver). The engine was a license-build 35 hp Fiat truck engine, the gun was a modified French 37mm SA 18 gun with a semi-automatic breech (this gun was used in many contemporary light tanks), and the suspension was a modified Renault design. A curious design feature was that the 7.62mm Hotchkiss machine gun and the main gun were placed at a 45 degree angle in the turret. The prototype was not successful, as it had mobility problems (transmission failures), and had issues crossing wider trenches. The improved version, named as T-18 or MS-1 was, however, accepted for production after several rounds of redesign. (MS stands for Maliy Soprovozhdeniya-Perviy: light support vehicle.)

The production T-18/MS-1 had an extra support roller, a redesigned independent vertical spring suspension, and an improved 40 hp Russian-designed engine, which increased the maximum speed to a whopping 17kmph. (Nobody said early tanks were fast.) Its weigh was increased to 5 tons. The riveted armor was overall 8mm on the turret, and 16 mm on the hull. Instead of an optical sight, the vehicle was equipped with an obsolete dioptre sight (similar to what you’d normally find on rifles).

The tank was only a minor improvement over the FT-17. It was slightly faster, more maneuverable, and a bit better armored. Overall, due to the high rate of fire it was quite effective against infantry, but not very useful against other armored vehicles.

The tank was already obsolete when it got into production in 1931, so it saw limited service (mostly on the Far East), and it was mainly used as a training vehicle. It also served as a useful testbed for Russian designers. In 1941 the still operational tanks were upgraded with a 45mm gun in a new turret with the designation T-18M after the German invasion of the Soviet Union.

Fortunately there are several surviving examples of this vehicle; useful photos can be found at http://the.shadock.free.fr/Surviving_MS1_T27.pdf

The arergard.com webpage has some really interesting photos of an MS-1 restoration process, which can be used as a great source of reference for the build.

Armory supplies the model in a thin paper box with the built model’s photo on the front. It was packaged very safely, so none of the parts were damaged. The parts are very finely cast, and they have thin films of resin to be cleaned up – this is not surprising or unexpected in resin kits. The hull and the cupola are supplied as one piece, and most of the resin is used to make the running gear and tracks. The tail is a multi-part PE assembly which can be quite challenging. (Before bending large PE sheets it’s worth gently heating it up over an open flame; it makes it easier to shape. Be careful as you can easily burn the metal, though.)

The main dimensions of the kit measure up accurately to the real vehicle as far as I was able to ascertain (I found a scale drawing for both the MS-1 (http://www.tanks-encyclopedia.com/ww2/soviet/photos/drawing_T18.jpg) and the T-18 SPG version, a lot of photos and used the dimensions found in encyclopaedias).

Some of the parts (both resin and PE) are extremely tiny and thin; experience working with resin and PE will be needed for this kit. The suspension units are modelled as one part (fortunately), but they are very delicate: the thickness of the suspension arms is actually smaller than the attachment point itself. This means extreme care needs to be taken while removing them from the casting block as they can be broken very easily. A fine drill will be needed to prepare holes for the swing arms of the return roller on the front of the tank. Strangely the inside face of the drive wheels have ribbing moulded on, but this cannot be seen after assembly. There are some missing parts: namely a headlight and the horn, which are not included in the set. 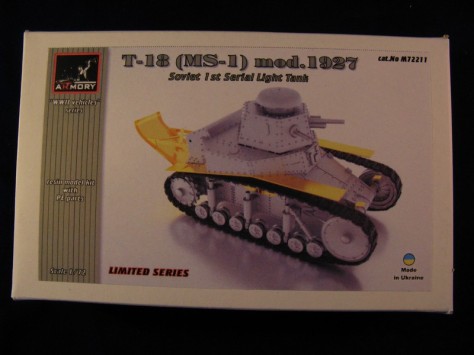 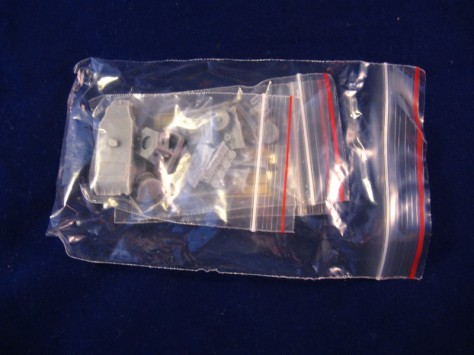 The instruction sheet (which is a welcome thing in itself –very few resin models come with one) is computer generated, and clear for the most part; it’s always a good idea to check against photos, though.

The assembly is very straightforward as the model is well engineered. The only challenge was the handling of small parts; there were no fit issues. The leaf springs are to be assembled from individual PE parts; I would have preferred to have them made out of resin. (Assembly can be a bit tedious and it’s quite difficult to line them up correctly.) Drilling a hole in part 8 was quite a tense activity. One thing I noticed, and I’m not sure how it happened is that the roadwheels don’t line up perfectly; the first suspension unit is slightly out of plane. I attached them before gluing the roadwheels on -perhaps doing it the other way around (attaching the roadwheels first) would help to remedy this issue. (The suspension units fit pretty neatly into their attachment points.) 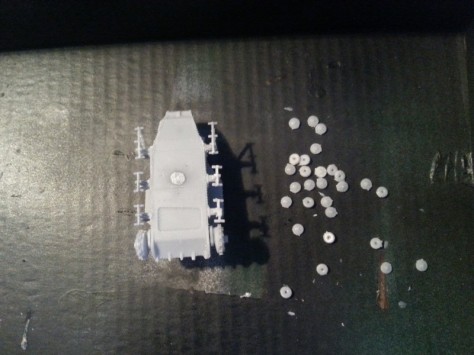 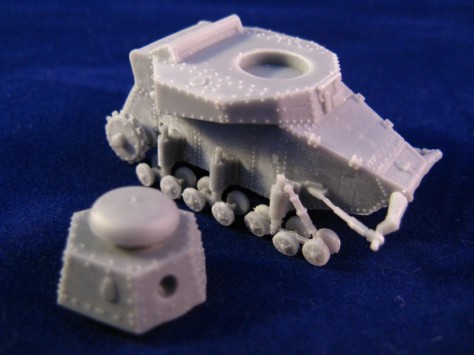 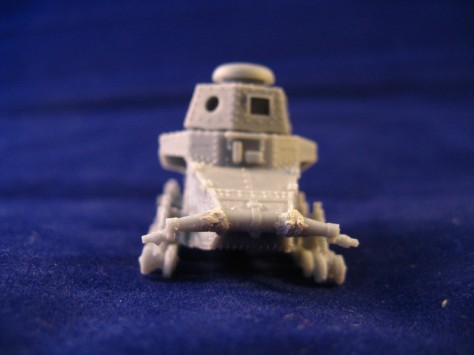 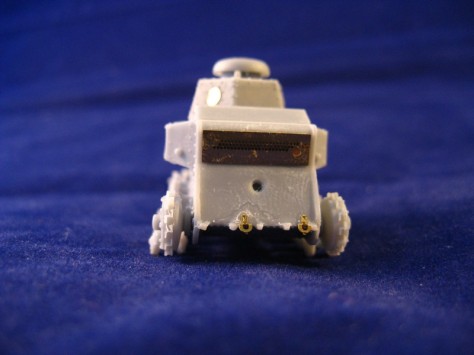 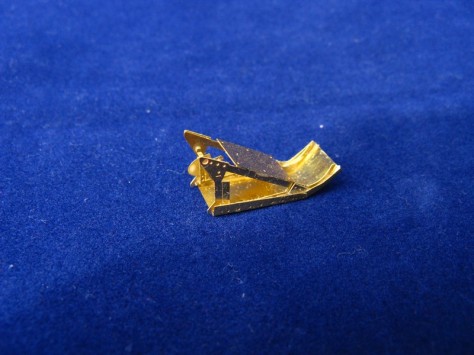 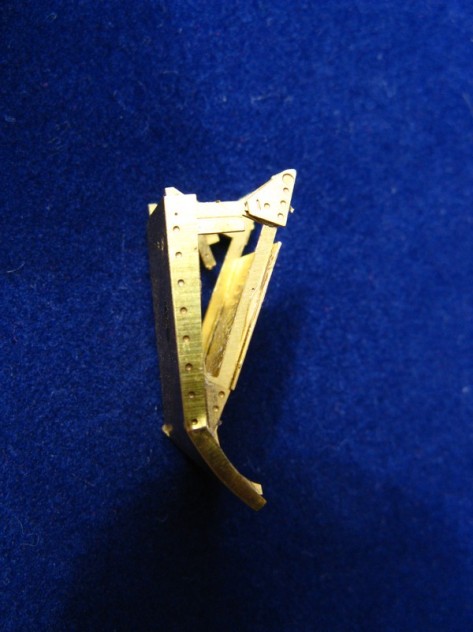 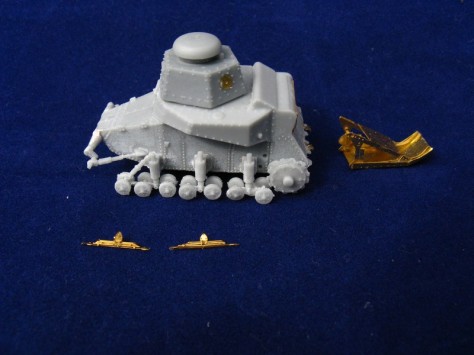 Well, the green chosen looks a bit too light; I decided to go deliberately lighter than I normally would, as the subsequent weathering steps will darken the base color.

I’ve used one of the Citadel greens to highlight certain parts of the model. (Probably snot green or some other delightful color.) 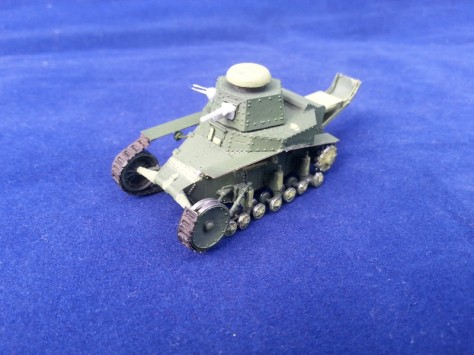 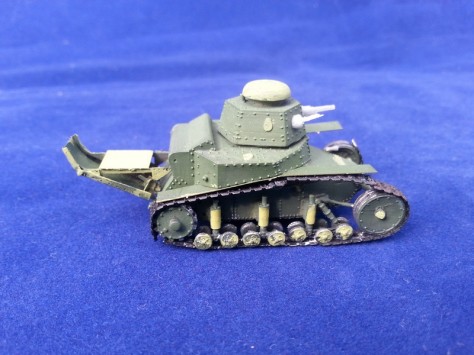 I’ve used a lot of pre-diluted colors (oil paints in solvent: mostly burnt umber, burnt sienna, green, blue, yellow), and some dark brown pin washes. I’ve tried Tamiya’s weathering products (the ones that look like make-up kits) to add dust and some dirt on the lower part of the chassis. 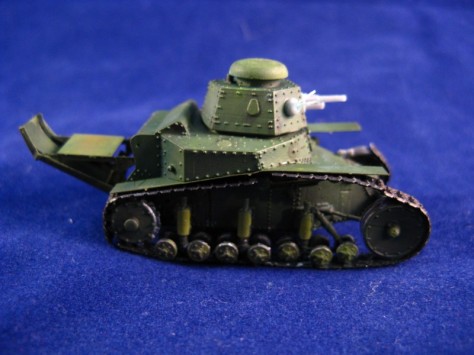 Finally the usual lead pen highlighting of the ridges and rivets – this makes the tank look like it was made of metal, not a piece of resin. I’m quite happy with the results; I’ve always wanted to have one of these in my collection. (As an avid World of Tanks player, this was one of my favorite tanks in tier 1.) 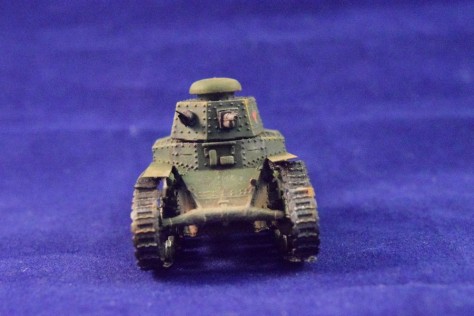 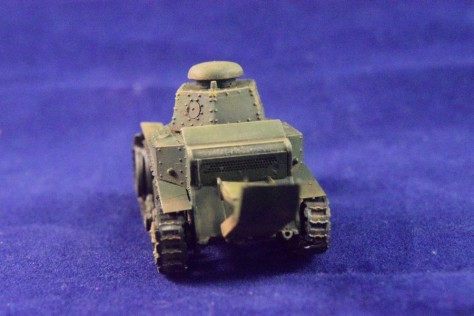 This is the 30th post of this blog, and since I’d like to have regular readers, feedback, comments, and all that jazz, it is also an unashamed attempt for getting people to visit… There are several new and old builds waiting to be published in the draft section, but here are four amazing models I am reviewing for Armorama this month… and these three will also be featured in this blog. So… subscribe and keep coming back here already!

(If this does not work, I’ll be posting the third page from The Sun from now on.)