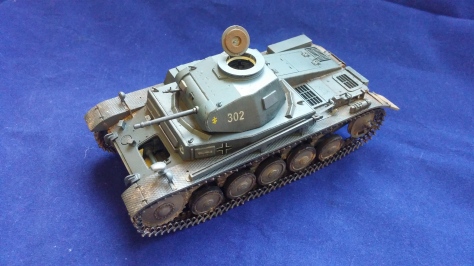 Another build long in the box, waiting to be finished. The same story, really: I moved over to the UK from Florida, and had to box everything up; this guy was waiting six years to be finished. (And some parts are still missing- like the wooden block for the jack-, since I can’t find the box I put them. Yet.) I was in the same box as the Pnz I, so it was fitting to put them into the same display box as well… With the Panther, that’s three tanks down with interior, and a lot more to go.

The DML kit is amazing; I can wholeheartedly recommend it to anyone. The detail is just great, the model is easy to assemble; if you want a 1/35 PnzII ausf F with interior, this is the kit you want to buy. 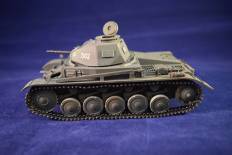 I only really had to take care of the weathering: pigments, washes, filters. I did not want to go overboard; I liked the relatively clean look of the tank.

I used the usual German Grey by Tamiya back in the days, but a little blue filter really made the color look good. 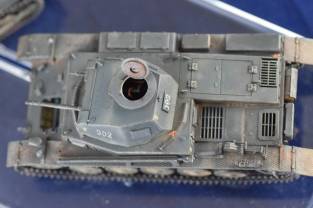 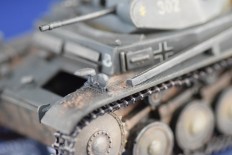 Now I only have the Tiger I, Tiger II, Panzer III, Panzer IV, Panzer 38(t) to finish and I’ll have all the German tanks of the war with interior…