First part was about the build, and a quick review; now we start the painting…

As usual, priming and preshading was done with Vallejo’s primer.

Since the lockdown seriously affected my ability to go to some hobby shop, after some deliberation I used Hannant’s ivory color as a base. It is brownish, rather than ivory, so it is not very good for interiors, but it looks very similar to the brown color I saw on photos of IDF vehicles.

Once the paint dried, I used black pinwashes to bring out the detail. I did that in several sessions, waiting a day, removing the excess with a damp brush, reapplying the wash… I also used this as an opportunity to create streaks on the armored side-skirts. Once I decided it was enough, I went on creating paint chips. I know it is a contentious issue, but I personally like the look, and despite of not being historically accurate and realistic, it does lend a realistic look to the model. Go figure. The chipping on the barrel did turn out to be a bit on the overdone side; I will have to do something about it.

First was to do some sponge chipping on the edges, larger surfaces. Then I went on to work on the muffler covers. Now, these metal parts were heavily corroded as they were subject of both heat and cold, so they are realistic with such a heavy application of rust. I went on using AK’s Rust Effect set to paint different hues of rust on the thin metal over the mufflers -using both a brush and a sponge. Once that was done, I used a rust wash as a filter to unify the colors, and modify the base color.

I also painted the details (tools, roadwheel rims, etc), and applied a thin spray of middle stone by Gunze on the lower parts as a first layer of dust. From then on I used Vallejo dustwashes, pigments, tamiya’s “make-up set”, and washable dust paint. It looks a bit overdone on the photos, but by eye it actually looks a-OK.

I shall be practicing making dust on this model; keep tuned in.

I took photos from two settings: one using a small, cheap lightbox I ordered on Aliexpress, and use for smaller models (it has a strip of LEDs on the top), and the yellowish-looking ones at the end were taken using a “proper” lightbox with diffused light.

While the first box is easy to set up, it is not that good for proper “finished” photos. It is great for detail and WIP shots, the diffused light (obviously) is better suited for photographing the finished article. 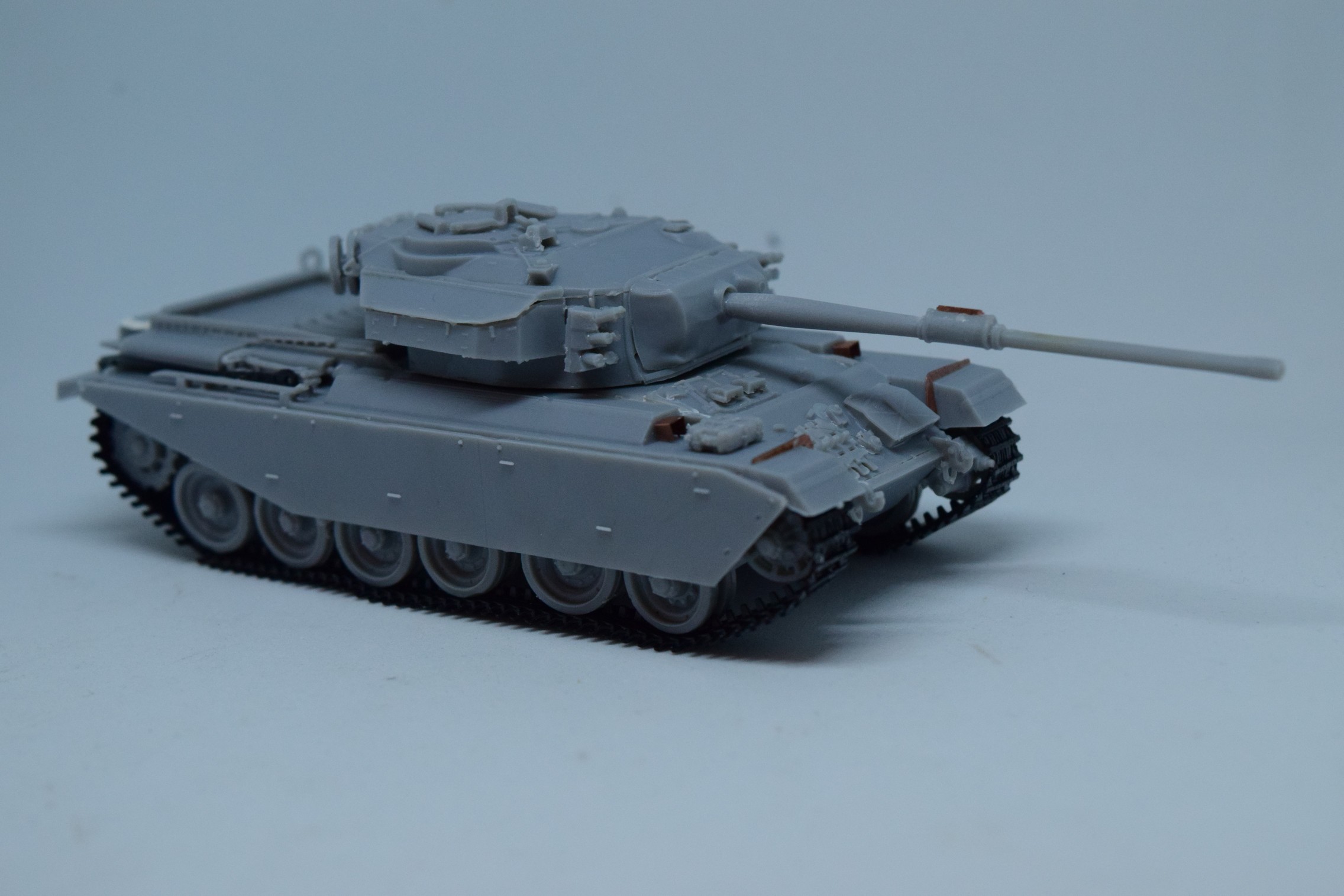 Another ACE kit… A Centurion in IDF service. I will write a review of it for Armorama; for now, a few points:

There is a substantial amount of flash, and also seam lines everywhere. The detail, in general, is good, but the gun barrels are not exactly great. Lots of sink marks and whatnot -not ideal. The other big issue I have is the rubber track… each section is made up by two parts, and you are supposed to melt them together. Not going to happen. (I do wish ACE switched to link-and-length…)

Otherwise it is a good kit. Not as refined, perhaps, than a Flyhawk model, but you don’t need to be spoiled all the time; it builds up into a respectable replica of a Centurion, and that’s that. It is absolutely recommended.

Painting will commence as soon as I have some time to bring out the airbrush… Right now my modelling time increased because I can actually work while listening to pointless skype meetings, but airbrushing would be one step too far I feel. Stay safe, everyone!

A cool exhibition of a Centurion cut in half, along with a somewhat corny video of a tank maneuvering and shooting on the range.

A cutaway T-55… this is something I’m definitely going to do. I mean I did try to do one before, but I always held back of fear of ruining the model. Not any more… The new MiniArt T-55A Mod 1981, here I come. (I really like the idea of cutting away the side of the hull by the driver.) There are other examples, too, for inspiration.

Assorted thanks sitting around. Black Prince, Comet, Archer, Panzer IV, The Penis Tank, and the rest. A WoT wet dream.

An armored plate with some projectiles sticking out…