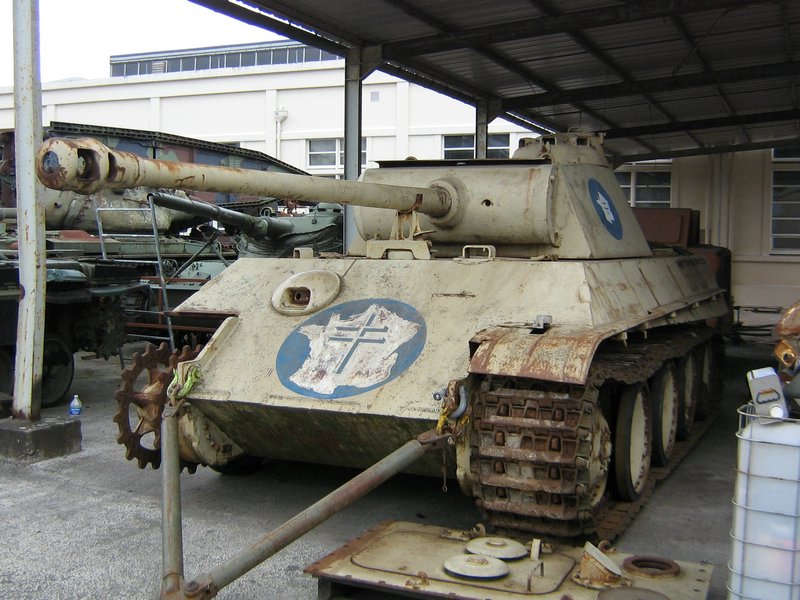 Chieftain’s article on the Panther in French service is very informative; this video sums it up pretty well, if you don’t have time to read it. (By the way, the Bovingdon Panther was one option I was considering, having seen it first-hand. I don’t see myself building yet another Panther -especially that I have a Takom Jagdpanther on my shelf waiting to be built- but if I do, it will be in this setup.)

I tried to find photos of Panthers in French service, but there are not many around. I suspect this light yellow color could be a light version of dunkelgelb (AK Interactive has one). 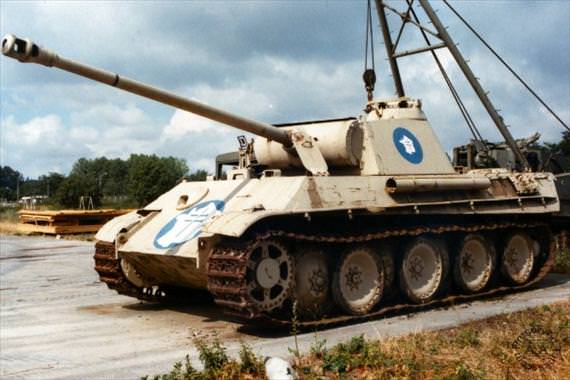 I decided to use masking fluid on parts of the chassis and turret I wanted to keep transparent, and use the ivory interior color as a primer -this way I only have to paint one surface, making masking and painting simpler, although the interior would be gloss as a tradeoff.

What I did not count on was the upper plate on the front. This is a two-part affair; for some reason (techniqual I suspect) you have to glue a transparent plate over the transparent upper hull. For obvious reasons I was very careful with the amount of glue I used as I did not want the glue sweep between the plates -capillary forces are not very helpful as they would drag the glue over a large distance. Which they did in a couple of areas.

Well, they dragged the masking fluid as well as you can see (the white area in the front). Fortunately this is exactly where the large French ensign will go, but I would have preferred not to have to worry about it.

Once the masking fluid was dry, I proceeded to use AK’s Cremeweiss (which I reviewed) almost straight, with very little thinner. It went on better than I thought it would. (I was worried about the gloss surface and the fact that I spray white.) It really gripped the plastic well; I was very happy to see the results.

The decals were custom-made. They went on once the paint dried, and now the model is ready for the running gear and weathering. I will keep the masking on until I am done with weathering and adding a flat varnish – I am quite tense about how this will turn out in the end.

I painted the roadwheels, finished and painted the tracks, and installed them. RFM does give you the option to leave the drive wheel off -the axle it goes onto is detailed, not just a peg sticking out. It is a shame to cover it up.

Added the spare track links (some of the PE brackets were lost during the handling of the model… damn), the tools and painted everything.

Overall it is getting there. Everything is attached -except for the AAA gun, which I suspect would not have been used by the French- and now it is “only” the weathering and the painting of the small details are left. The last step will be the removal of the mask… which is really a stressful thought.

Perhaps not that stressful.

One thought on “Rye Fields Panther Ausf G – part 7. -Finishing up the exterior”