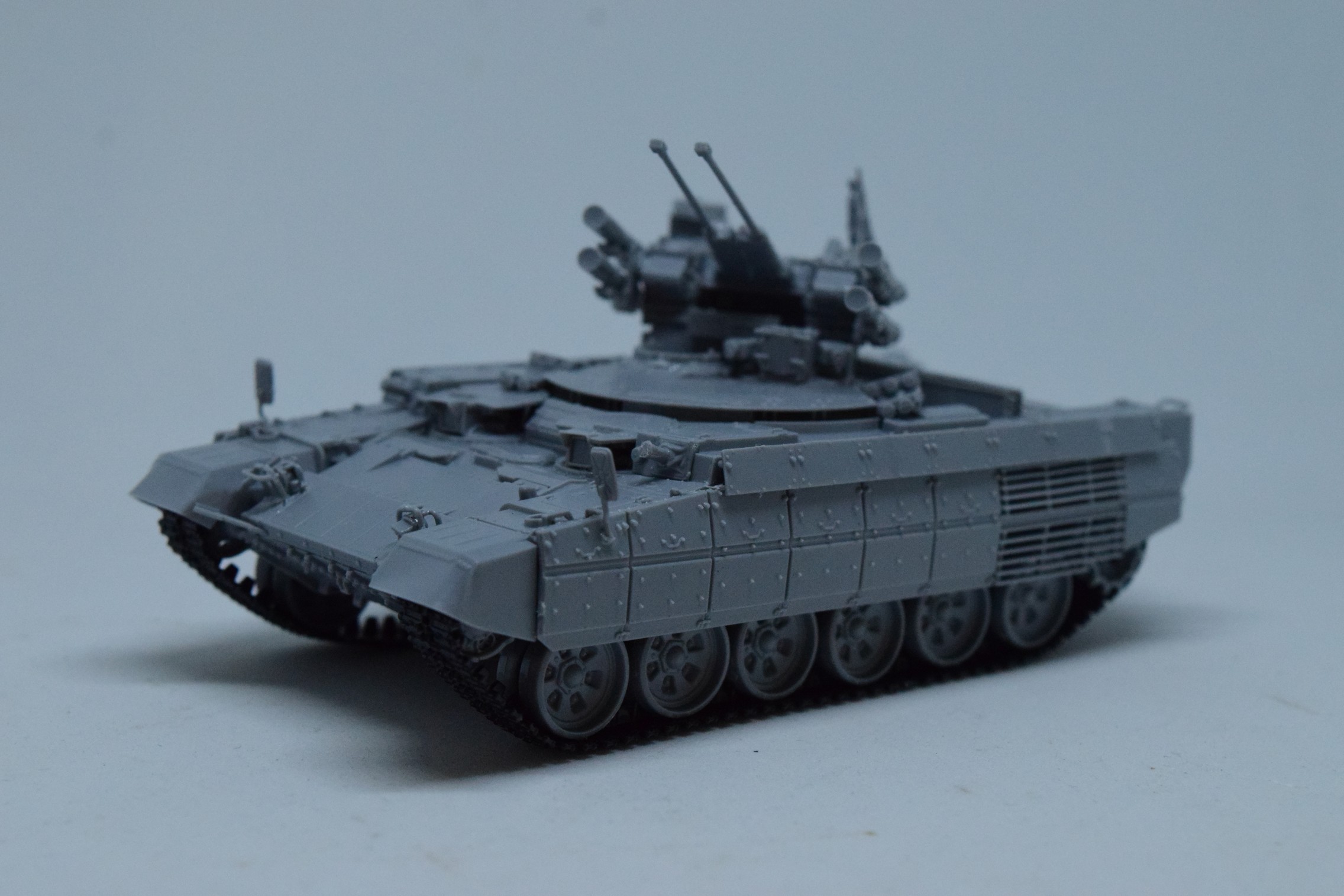 Well, sitting on skype conferences where your input is not required leaves two restless hands (which can actually build stuff, now that I do not have to actually sit in those conferences in person… beforehand it was only scribbling on paper). In a week and a half of thirty minutes of everyday meetings I managed to put Zvezda’s Terminator together. (I am finishing up other projects as well, so there will be posts about actually finishing models rather than just starting them. It just takes some time for the final touches.) I saw this little thing first on an Armorama build log, and it really intrugied me both as a model and as a vehicle.

This thing really is a mean looking vehicle. The Russians really took the lessons of Grozny to heart (and probably play Warhammer 40K), and created something that is really, really well protected from all sides, and also bristling with all sorts weapons.

Here are the finished photos – painting will commence soon.