Once I did the gray primer base, and assembled everything to the level I thought was necessary to start the painting process, I used several light coats of white enamel paint on the interior parts. (The tank was painted white in the inside, as most AFVs are.) The key is to use several light coats, as white is a notoriously difficult color to work with. Once the paint was cured, the bottom of the hull was painted in a grey-blue color, which I mixed up using Tamiya paints, and sprayed onto the white base coat. (I used a youtube video of the interior as a reference, as the instructions would have you paint the sides completely grey. It is possible that both versions are correct, but I went with the video.) 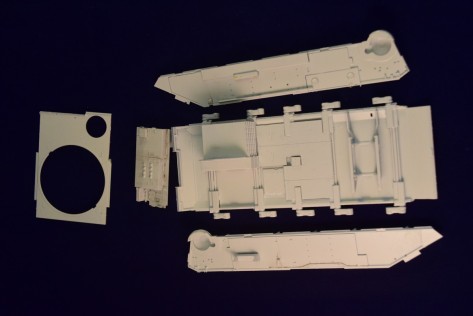 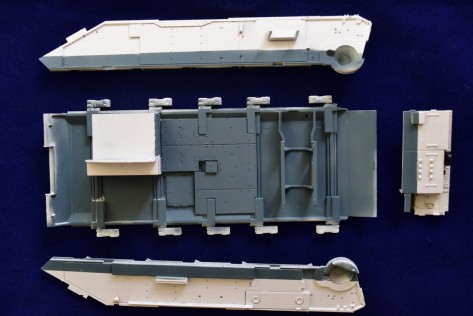 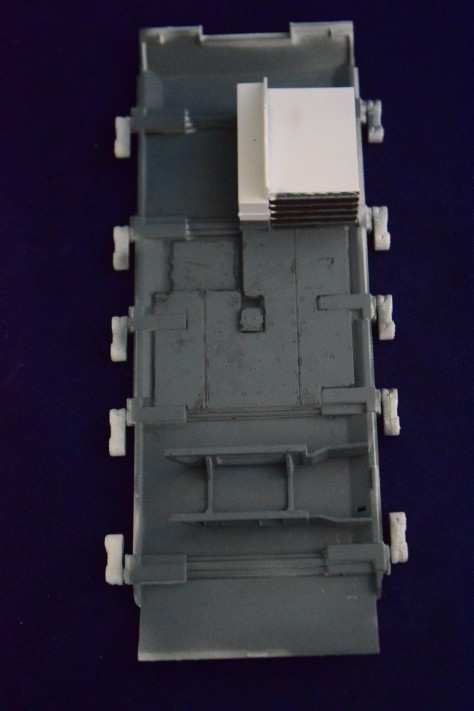 The finishing of the rest of the interior is a very straightforward process. All the pieces can be built, painted and weathered separately, yet I would suggest assembling the lower hull as soon as possible, and once it’s finished, only then proceed with the rest of the details. I decided not to add too much rust and streaks to the interior, as most tanks I’ve seen on photos and in real life were relatively clean in the inside. I did add some dirt, and some rust, but I tried not to go overboard. (I worked on the floor plates a lot more though. I did apply some serious wear-and-tear to them, as to the horizontal surfaces of the bottom of the turret.) I got Lifecolor’s liquid pigments on Ebay to try them out; so far they have not been a complete success… If you apply them onto completely matte surface, they’re fine. Anyhow, some of the rust spots have been made using these liquid pigments. 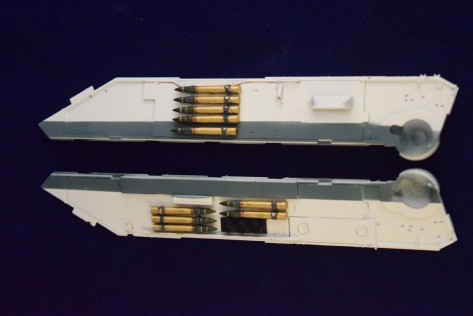 Well, there were some fit issues here. Most of it is easy to deal with if you are patient, and go section by section. I started from the back, and went forward, clamping and gluing the hull in sections. There were some minor gaps remaining (see photos). These were easily filled, and would not really be visible anyhow once the running gear was in place. Nevertheless it was not a “shake the box and done” affair; this is why I suggested to start with this step before you assemble and paint the interior. 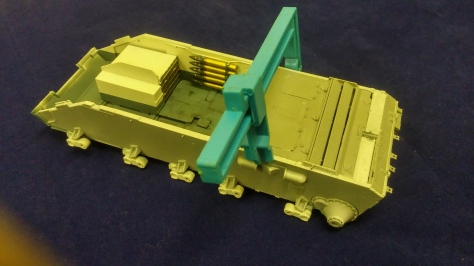 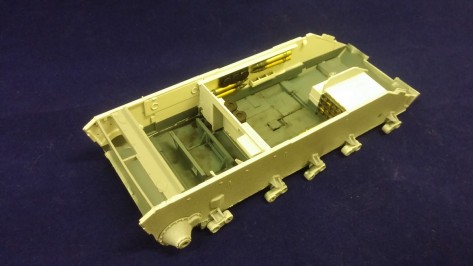 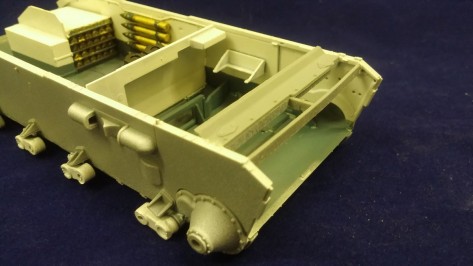 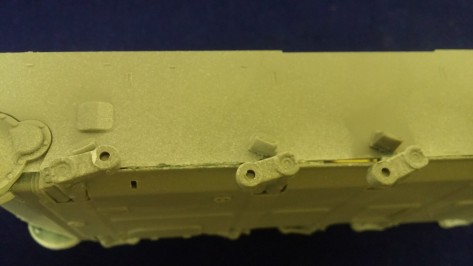 Driver’s hatch. The transparent part looks like an angry Tiki God from this angle. 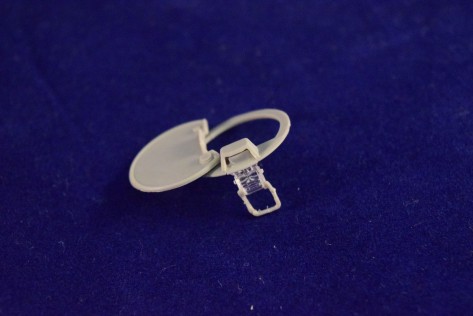 I built a somewhat accurate (but not very accurate) driver’s station using an AM set for the T-55 by CKM (some parts I adopted, some –like the pre-painted instrument panel- I left alone). It’s not accurate, but at least there is something there. (The basic outline of the T-44 and T-55 driver’s station are similar enough, though.) 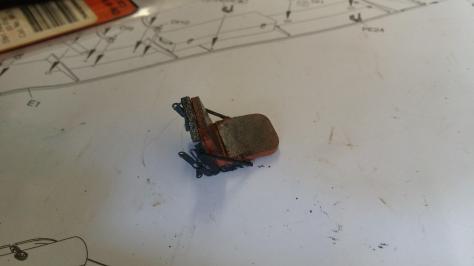 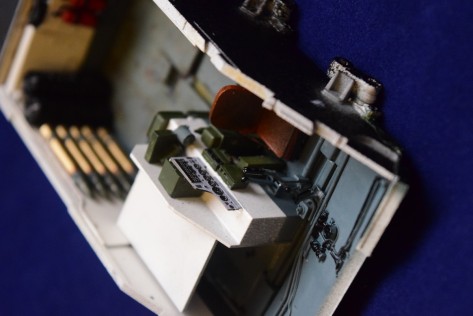 The instrument panel has a completely different shape; I decided to put it in nevertheless. (This is the first ever pre-painted instrument panel I’ve used, and I did not feel like trying to fabricate one myself.) 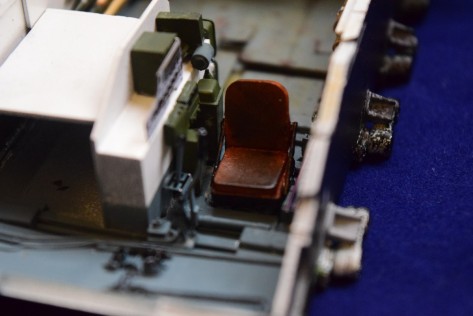 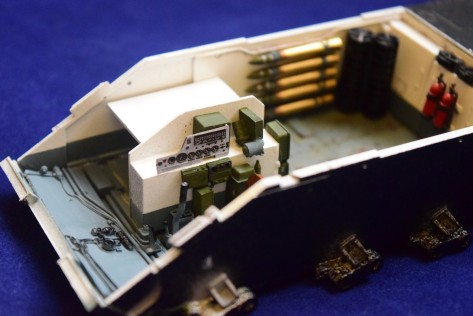 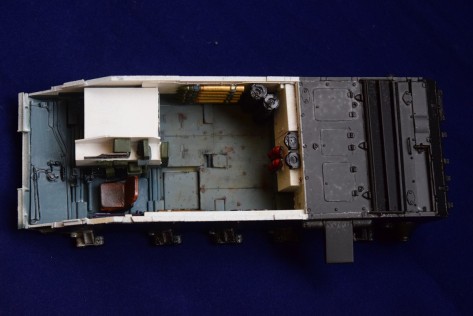 The grousers for the tracks are mounted on the back on a special rack. The straight poles that are holding the grousers however are very difficult to clean. The parts are tiny and thin, and the sprue attachment points make it really difficult to make them smooth enough so that they fit into the holes cut into the grousers. First of all, it’s worth slightly enlarging these holes. (photos 60-61) Second, it’s very easy to snap these thin parts when you try to clean them up, so it’s better just to cut them off completely, and use styrene rods. (see photo 64) I apologize for the quality of the photos; it took those with my phone instead of my camera, and the white balance was somewhat off; you can see it on some other photos as well. Lesson learned: DSLR only from now on. 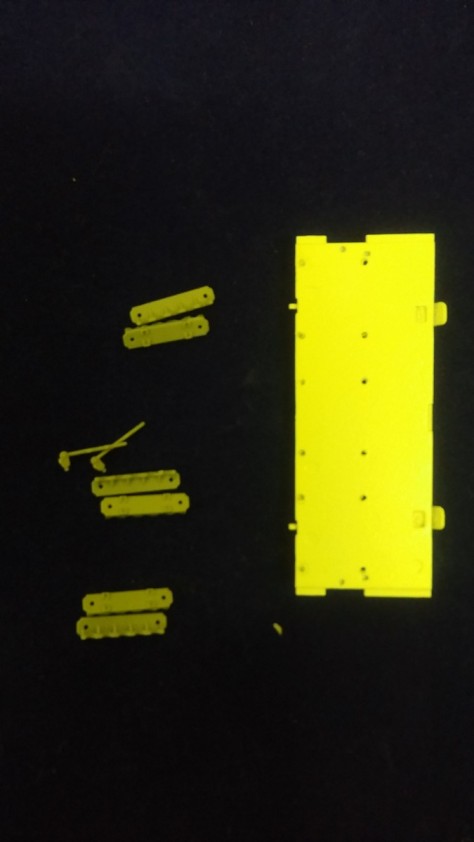 There’s also a slight mistake on the last set: only three pairs of grousers need to be put into one holder; I went overboard and did four… (I guess I was happy that I found a simpler way than to try to clean up some fragile piece of styrene, and just kept going.) It would have been very nice if MiniArt had shown how to apply the grousers to the tracks; I’ve very rarely seen these in use on models. 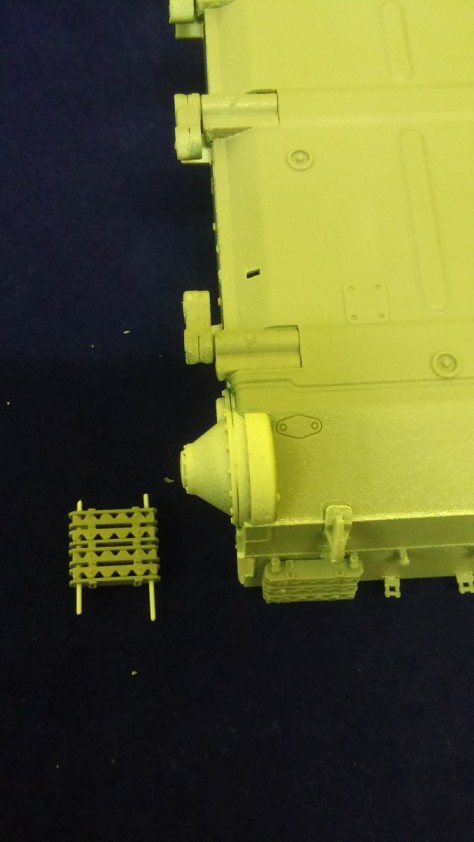