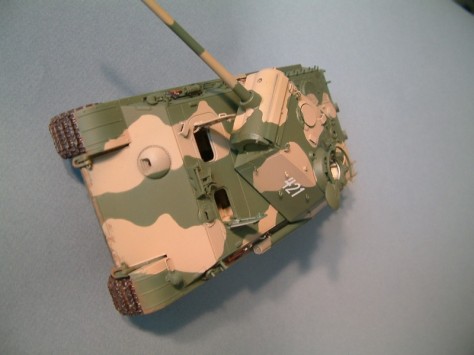 I have gotten the new “Smart” DML Panther Ausf. G. a long while back; it was, in fact, a 2007 Christmas project. Because it looked very sad and empty inside, I’ve gotten my hands on something I’ve hardly dared to try: a Tank Workshop complete interior… (As I mentioned before, I have a fetish for interiors… they do make the model much, much more interesting by letting you peek under the “hood”.) It made me understand how torsion bars work, how the torque was transferred to the front gearbox, where the ammo was stored… it made me understand a bit better how a steel monster, like the Panther, was assembled. Having finished a couple of other German tanks with interior detail, it also made me appreciate the similarities and differences between the different German tanks from the light Panzer I to the enormous King Tiger. (Interestingly the basic layout did not really change from the Panzer III.)

For most of the time I’ve either used Gorilla Glue, or two part epoxy. I wanted to make sure the joints will hold. Forever. 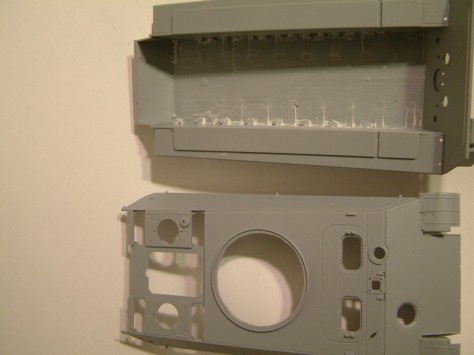 At least the bottom of the interior fit into the hull.

Fitting everything together… with some paint already applied.

The turret basket is -obviously- a multiple part affair…  not an easy one at that. The detail is quite nice; you get all the motors that are rotating the turret, the gun cradle, equipment stored on the base of the turret. There’s even an ammunition pouch on the side.

The gun’s breech is entirely resin; the kit did not have one.

The turret basket is finished; with the seats installed it is quite apparent that even the relatively large Panther had a very tight turret.

The assembled hull was sprayed with Surfacer 1000. 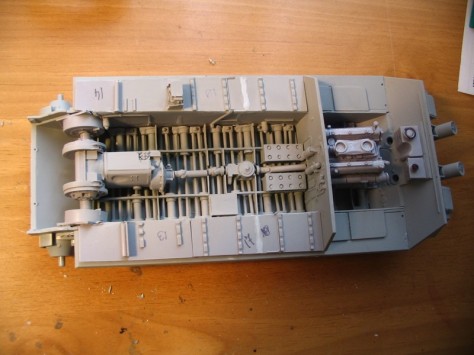 Once the mistakes were corrected, I’ve used a light cream color for the typical German interior color.

Once it was dry, the interior surfaces were masked with tape, because I needed to do the lower hull. I’ve decided against the typical primer red; every modeller uses it, but the Germans did not necessarily leave everything red. A lot of the tanks had a light blue-ish basecoat on the bottom of the inside.

Kind of like this. I might sound a bit strange to do the blue second, but I was conscious of the fact that light colors are very difficult to paint well. I was not sure how hard it would be to achieve an even coat with the light cream over the darker blue. The neutral grey primer was a much more forgiving surface for painting it. 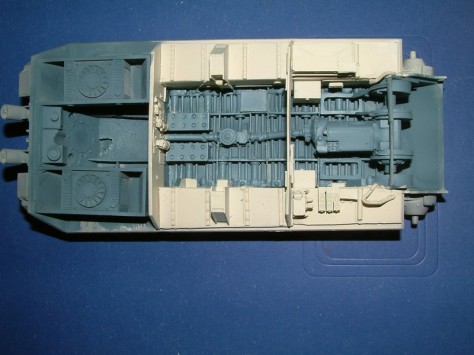 I’ve collected some reference photos online; I tried to replicate the larger cables and wires, but overall I was not concerned with absolute authenticity. To be honest, as this was my very first resin interior, I was happy it was coming together nicely, and that I managed not to mess it up.

Painting the turret was a similar affair: it was spray painted to the interior color, and I’ve used a brush to paint the rest.

Weathering was done very lightly. Some metallic wear-and-tear only. Unfortunately I have not taken photos of the turret’s interior; Tank Workshop has provided everything to dress up the frankly quite plain kit turret interior. 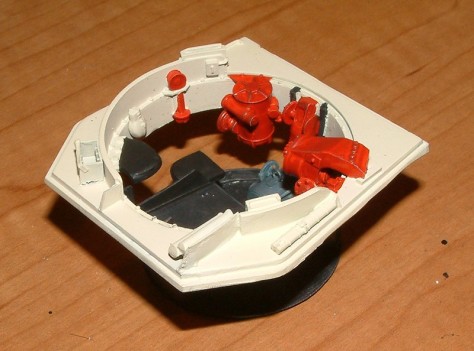 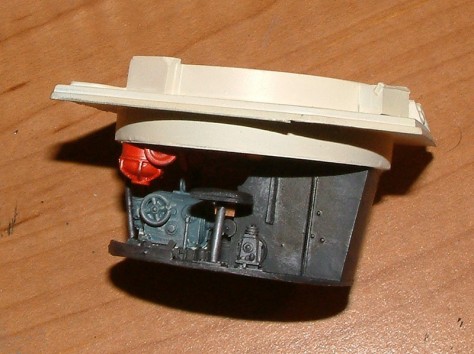 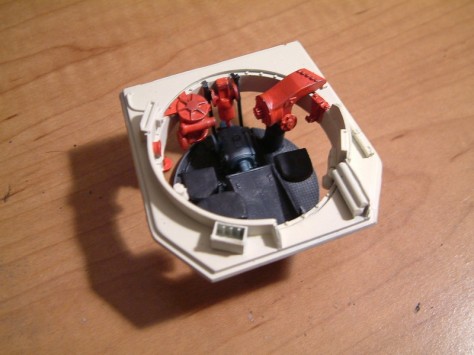 Even more details were added and painted. 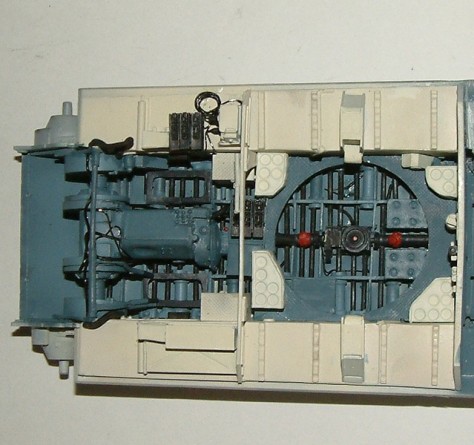 Finishing the interior by adding the ammo racks, radios, seats, and other small details. 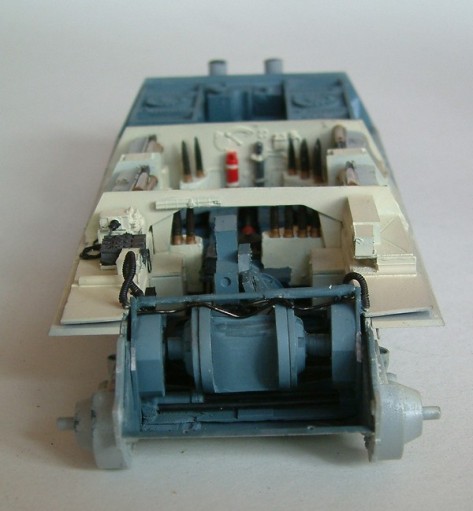 Painting the exterior was done after some extensive masking. I’ve chosen the two-tone color scheme from the box art. 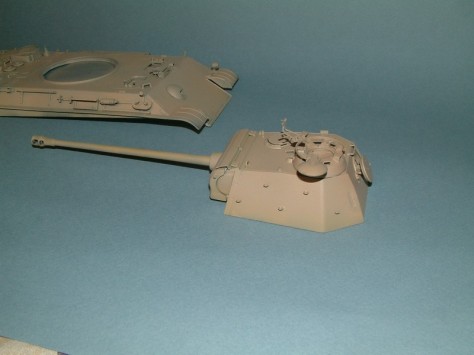 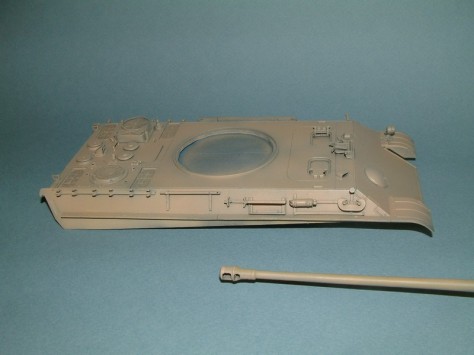 Camouflage was done with silly putty. 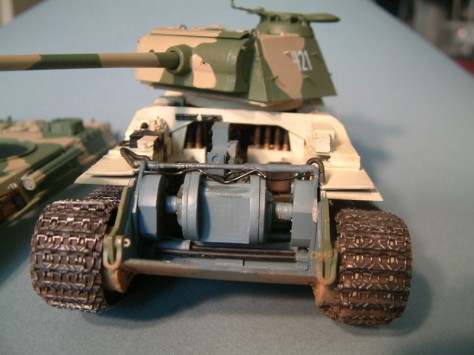 The tank is unfinished as of yet. Mostly because it’s in storage still (I’ve built it in Florida), and because I have no idea how I should display it… I do not want to close up the hull. Perhaps I’ll cut a couple of holes on it, or display it somehow with the upper hull “levitating” over the lower. Some weathering will be also in order; the interior needs some scratches, some dirt; as does the exterior. Anyhow; the main parts are done. On to the next German tank with interior.