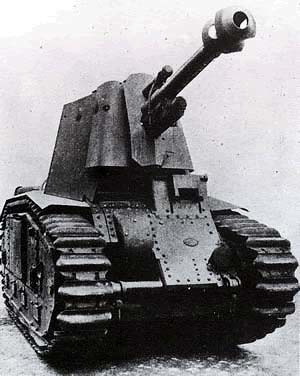 Let’s start with this conversion.

The vehicle was built using the captured Char B1 tanks by the Germans; they did away with the turret, and put in a 10.5cm light field howitzer. The results are interesting-looking even by the standards of hastily converted self-propelled guns.

Both Modelltrans and Armory has a conversion for this vehicle; both use the excellent Trumpeter B1 as a base. (There is no other plastic model available, anyway.) I only have built the ModellTrans conversion, so I cannot give an accurate comparison between the two kits; the Armory version seems more detailed, it makes use of PE better (gun shields are more to scale thickness), and it’s also more expensive.

The ModellTrans version is entirely resin, and it’s probably an easier build, too.

As with all ModellTrans kits I’ve built so far, there are some quality issues with the parts: the gun shields on both sides are nicked (they are very thin, delicate parts), and there were some casting imperfections/bubbles which needed to be corrected. After carefully applying putty and VERY delicate sanding I ended up leaving the gun shields alone as I could not figure out how to fix the problem completely. The nicks are not as visible as before, but they still can be seen. Write it up for battle damage.

There is some surgery necessary on the base kit, but it’s not very difficult. I could not find photo/drawing of the actual vehicle, so I have no idea how the base looked like in real life; in this version it is a flat metal plate. In Armory’s version it’s a more elaborate contraption, and in some scratch-built models I saw online, the inside of the tank is accessible from the gun platform. I think it’s a safe bet to say that this last version is the most likely one. (Makes sense not to isolate the vehicle from the gun; after all there’s additional ammo storage in the inside of the tank, and the gun crew must also have a relatively safe way to get to their gun.)

The gun shields were relatively easy to install; they fit onto the base well. A black base-coat was applied to the model. The gun cradle, the optics and the operating wheels were installed without glue at this stage as I needed them to make sure all the parts were lined up correctly.

Once everything was aligned, I glued the cradle in. I suspect the crew compartment is lacking a radio (at least), but the room was so tight I could not fit in a leftover FuG from an Sd.Kfz.251 kit. There was some issues with the molding of one of the ammo racks: two of the shells had casting errors (their top was missing), so they were cut off, and I drilled a hole in their place.

There were a couple of gray layers sprayed onto the model; each layer was successively lighter than the previous one. To break up the monotony of the gray I applied brown/blue/yellow filters using oil paints. (I used the dot-method: first let the paint sit on a piece of cardboard to get rid of the linseed oil, then dot them onto the model, and wash them off with a clean and wet brush.) I applied burned sienna onto the sides in patches this way as well. The contrast is really high on these photos, but in normal light they do blend in nicely. With a toothpick I carefully rubbed/scratched the topmost paint layer off at some places to reveal the darker gray underneath. This was done to create further signs of wear and tear, as I wanted the tank to look worn and used.

The crew compartment was weathered quite heavily: scratches, rust, and dust was freely applied.

Before painting the gun had to undergo some minor surgery (although aftermarket gun barrels are available, I did not feel like buying an aftermarket gun for my aftermarket conversion). The main problem was the muzzle break: there was some resin blocking the side-openings. This chunk had to be carefully cut away, and the muzzle break had to be opened up. I drilled it through both from the front and from the sides, and then used a thin blade to make the side holes square. Another issue was the mating of the gun’s tube to the muzzle break; the diameters of the two parts were slightly off, and the joint is quite visible. I thought about trying to sand the difference off, but decided not to exacerbate the problem with unskilled meddling.

After installing the gun I pained the exhaust pipes in rust colors, added the tracks, and added streaking to the sides using both oils and pigments dissolved in water.

The horizontal surfaces were lightly dusted with light gray colored pigments, and the tracks and lower chassis had some earth-shaded pigments applied to simulate dried mud. All the edges and rivets were lightly traced with a soft graphite pencil to simulate worn metal.

All in all, the Trumpeter B1 Bis is a joy to build, and the ModellTrans conversion makes a convincing SPG in this scale. Based on this experience and what I saw online, if you don’t mind the extra costs, and can work with PE, I’d go with the Armory set.